The history of manicure. Beginning to this day 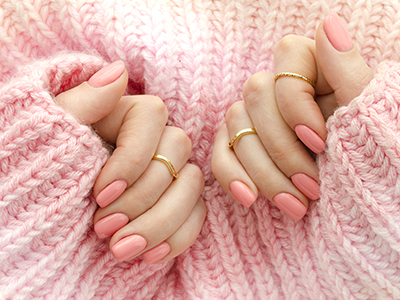 Pens and nails of the fairer sex are the «hallmark». After all, they are always in sight, both in winter and in summer, so they need special care. Beautiful hands are not only velvety skin but also a good manicure. Manicure has become so firmly established in our life that it is difficult to imagine the image of a modern girl without it. And yet, how was the manicure born? In this article, you will learn a lot of interesting and useful things. If you are not familiar with the history of manicure, you have a unique opportunity to do it right now.

HOW DOES THE MANICURE APPEAR?

Manicure has been known as an art since time immemorial. Nails were looked after thousands of years ago. It is known that the most ancient manicure set was discovered by archaeologists on the territory of Ancient Babylon (modern territory of Iraq). True, there was hardly an orange stick and a buff.

Ancient Egypt. In ancient Egypt, the length and color of nails indicated the class belonging of a person - for example, the nobility had a bright manicure. And the nails were also stained with henna, and such a paste was made from the leaves of a worm-leaf: it had a red color, and they covered not only the nail plate on the arms and legs, but also the feet, palms and hair.

Ancient China. It is believed that varnish was invented in ancient China in the XXX century BC. It was a paint made from crushed minerals, wax, egg yolks, and gum arabic. Gold dust was also used to decorate nails. And during the Ming dynasty, already in the XIV century AD, women grew their nails up to 25 cm, as this was considered a sure way to protect themselves from evil forces. Long and well-groomed nails in women were considered a kind of amulet against evil, and in men - a sign of masculinity. Long nails were considered a sign of wisdom. If it was not possible to grow long natural nails, then special extenders were used. It is thanks to this fashion that we are now familiar with the procedure for nail extension.

Ancient Greece. A peculiar cult of nail care also developed in Ancient Greece. Greek women used small scissors to cut their nails and give them the desired shape, then the nails were varnished. Manicure, by the way, was not a purely female privilege in ancient times. In Mesopotamia, Rome and Egypt, the generals used a long nail as a pencil and pointer. In the Assyrian and Roman troops, it was customary to paint nails and lips before a battle, mainly black or red.

The first manicure in Europe

- In the 16th century, a device appeared in European countries, which is still used today, but its appearance is different now - it is polished, a board covered with suede.

- End of 1830 - a doctor from Europe Sittz first developed the treatment of nails using metal manicure tools, it was a «hoof» and scissors.

- In 1879, for the first time in the United States, a magazine of fashionable hairstyles appeared, which, among other things, talked about fashion for nails.

- In 1892 in the USA, almost every woman takes care of her nails according to the «Sittz Method» (with the help of metal tools); it has gained immense popularity in the USA.

- In 1930, electric files and buffers enter the market.

- In 1932, «Revlon» created the first colored nail polish. It had only red color. Only women of easy virtue and movie stars reacted to this novelty.

- In 1935, Eugen Rohrbach patented a special nail coating that is attached over the nail without glue.

- In 1937, a patent was issued for the extension or strengthening of natural nails with tips and glue.

- In 1949, the first nail dryer appeared on the market in the form of a spray, which was commercially available with a jar of varnish.

- In 1950, the range of varnishes increased significantly.

- In 1956, Thomas Slack made a template that is squeezed onto the edge of the nail to artificially lengthen it.

- In 1960, the time for artificial nails came. They are made using linen, silk and acrylic. Tips are made from any more or less elastic material: film, cut natural nails, covered with a piece of glued paper.

- In 1970. This is the time of the triumph of acrylic technologies. A rectangular shape with sharp corners is in fashion.

- In 1972. A wide variety of artificial nails are on sale, the tips that are attached under the nail are especially common.

- 1973. The first professional material for nail lengthening appears - artificial acrylic resin. This resin was cured by exposure to ultraviolet A rays.

- In 1979 Mekhats brings manicure sets from Germany to the USA. The first flanged files are sold out instantly.

- In 1980, a nail treatment apparatus appeared in the nail industry.

- In 1983 the first odorless systems, systems of quick application of material, colored acrylics, systems without primer were received.

- XXI century - the era of manicure freedom and eclecticism. Today every girl can choose from hundreds of nail art options.

Manicurists are trained in special schools around the world. Decals for nails and rubber parts that are sealed under the gel are in fashion. Bio-gel comes into fashion. Gel nail polish that will last for about two weeks.

Today, manicure is a very popular procedure in the nail industry. Every modern girl cannot imagine everyday life without him.

The Global Fashion online store provides only high-quality materials and tools for creating a beautiful manicure. To the store --->

3. Which manicure is right for you?

4. Hardware manicure is a super technology!